Winemaker, Gino Razzi with daughter, Carley
Penns Woods Winery is the result of Gino Razzi's lifetime of experience in the world of wine. A respected importer and distributor of wine, Gino is an Italian immigrant from Abruzzo, in southern Italy. He settled in the Delaware County area in 1962, where he was fostered by the area's Italian-American community. Gino served four years in the United States Marines then attended college in California. After graduation, he returned to Pennsylvania to rejoin family and friends. With three decades of success as a wine importer, in 1995, Gino turned his experience towards the craft of winemaking.  He finished his first wine in 1997. Symposium, a Montepulciano d'Abruzzo was his first commercially released wine, and was awarded 95 points by Wine Spectator Magazine.  This publication recently honored this wine again with its inclusion in the retrospective article "Italy's Golden Vintage - the 1997 Harvest" in 2007.
Gino's pursuit of perfection led him to his own back yard. In 2002, he began to craft wines from Pennsylvania–grown grapes. To his surprise, he found that great wines can be made in Pennsylvania.

After a two year search for an ideal vineyard site, Gino decided to purchase the Smithbridge Winery, in 2004, to take advantage of its 25-year-old vines. Gino is convinced that Pennsylvania has the capability to produce world-class wines, and hopes to contribute to the legacy of hard work and artistry of his predecessors. As a symbol of these aspirations, one dollar from the proceeds of each bottle of Penns Woods wines will be used to further wine and grape research in Pennsylvania.

Gino's daughter, Carley Razzi Mack, joined him in early 2010 to manage the family's tasting room and marketing aspects of the company. Also in 2010, Andrea Creato joined the Penns Woods Team. Together, the two work to provide an unforgettable experience at the tasting room for new wine drinkers to the pro's, hosting interactive wine tastings, unique wine and food pairings and exclusive member-only events! In 2011, Davide Creato began working at Penns Woods aiding in the advancement of the winery’s production and wine quality.
​
Penns Woods Winery produces internationally recognized, award winning, wines from 100% Pennsylvania-grown grapes. The tasting room in Chadds Ford, Pa provides an all-around vineyard experience. It is conveniently located off of 202 just 15 minutes from Wilmington, DE and 35 minutes from Philadelphia, PA!

Penns Woods Winery's story is just beginning. Taste, enjoy, and cellar our wines. Be a part of history in the making!
​ 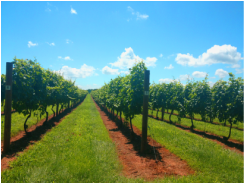 The tasting room and wine shop sit atop a 30-acre property that overlooks rolling vineyards. Pass by to pick up your favorite wines, or you can stay a while and have a picnic or a tasting. Our wines range from light and fruity Traminette and Sauvignon Blanc to Italian-style Bordeaux’s. 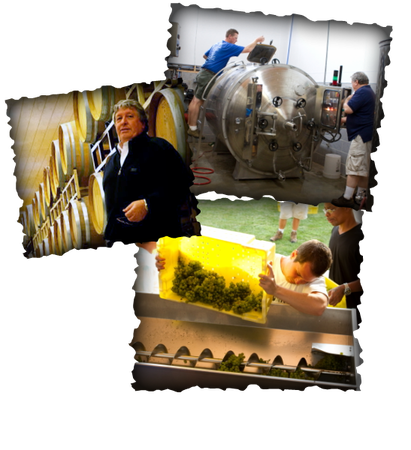 Hours: Not Open to the Public

The Penns Woods Winery is located in Eddystone, PA directly across the street from Wines Unlimited, Gino Razzi's Wine Import Company. Gino did this to ensure that he could keep a constant control of his wines and have direct access to his winery whenever he needed.

Our Winery has state of the art equipment including a rotary fermenter, a horizontal, automated fermentation tank and cap-management device.